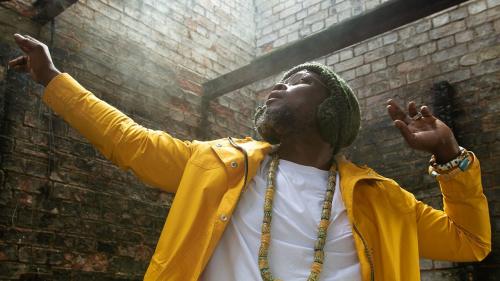 Sonniballi, a founding father for Dancehall in Ghana has dropped the official video to his latest single “Frienemy” released on Friday, October 9, 2020.

Sonniballi got back into the news in Ghana last week when he announced his big return after a while in hibernation.

In an interview he honored on Hitz 103.9fm with King Lagazee, he disclosed that “Frienemy” was a lead single off his upcoming EP titled “E MOTIONS”.

“Frienemy is a fusion Dancehall song inspired by the different types of energies people carry around us, especially the bad ones, which we don’t need. I recorded the song during the COVID Season,” Sonniballi explained.

The Veteran, based in the UK dropped the official video for the song on the same of release. You might wanna watch the video here and share it as well.

Meet And Get Familiar With Kudjoe Daze

Meet And Get Familiar With Kudjoe Daze Born to Mr.……