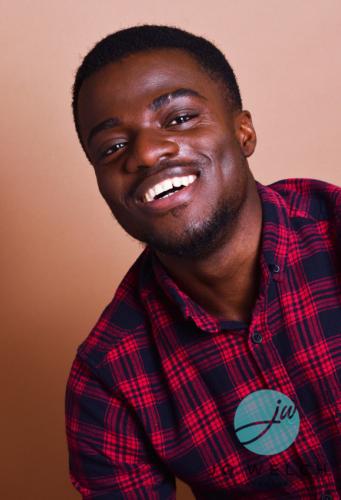 Michael Asiedu Okyere is a Ghanaian – Spanish-born Journalist, A&R Publicist, Graphic & Web Designer, and a Blogger popularly known by many as MrrrDaisy or Martin Donaldson Daisy and he is the owner and founder of Music Arena Gh and ViViPlay.

Michael was born to Mr. and Mrs. Asiedu Okyere at Konongo in the Ashanti Region in Ghana and had his basic education in Lovers International School which was situated at Tarkwa-Maakro in the Ashanti Region and then later continued to Angel Educational Complex where he had his primary and Junior High Education. After completion, he furthered his education in Asanteman Senior High school where he offered Visual Arts. He then continued to IPMC where he studied Graphic and Web Designing in 2015.

MrrrDaisy has been a fan of music since childhood. He used to collect albums of the gospel and circular musicians as a hobby. After senior high school, a friend introduced him to blogging when he went to the internet café back in 2015 and saw how one upcoming artist was struggling to get his music online. Seeing that got him geared and thought of getting his own website to help curb this situation. Junior Jnr who was then into website designing, a rapper, and the owner of 24hitz seeing how dedicated MrrrDaisy was, developed and designed his first-ever website Music Arena Gh.

It was from there MrrrDaisy took the whole publication seriously and during that period, discovered one talented artist from Kumasi Emmanuel Donkor who goes by the stage name Phaize Gh, he worked with Phaize as his graphic designer and publicist from 2015 till he found himself a record label and got signed to M.A Records in 2020.

In 2016, he moved to Spain and then the United Kingdom where he studied Journalism and Media at Nottingham College and then furthered to study Digital Media Design at the university in the United Kingdom. After more than five years with Music Arena Gh, he finally designed his own website ViViPlay in 2020. Not has Daisy worked with Phaize, but he has been privileged to have worked with Amerado, Kwame Truuth, King Paluta, Daaduam Nnwom, Enzym, Jessy Gh, Scrip T, UnasBeatz, Quame Rhymz, Kudjoe Daze, Junior Jnr, Tina Brown Africa, and many more.

MrrrDaisy looks up to other bloggers and publicists like Fiifi Cudjoe, Ameyaw Debrah, and Elorm Beenie and has dreams of establishing his own multimedia company in the coming years. In 2018, MrrrDaisy and his website Music Arena Gh won the best website in the FN Business Awards.

A year after which in 2019, Music Arena Gh again was nominated for the Emerging Brand of the Year in the Ghana Business Awards but lost to Bel Aqua. His hobbies are listening to music, watching movies, playing computer games and definitely eating.

MzVee – Baby (Official Video) MzVee is out again with……

‘‘Den Tinz Some’’ Talk Show To Air Via TV Africa……