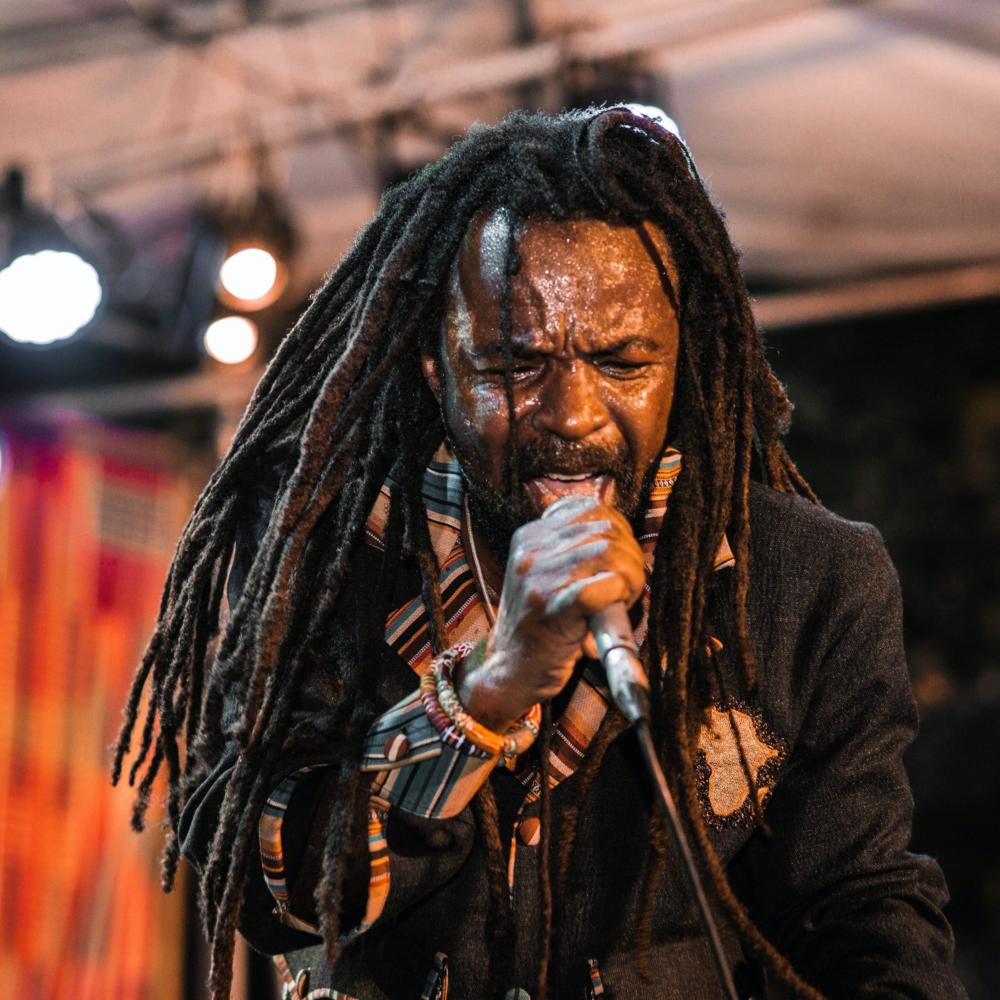 Rocky Dawuni’s “GRAMMY Nomination Celebration Concert” held on December 11, 2021 was EPIC!! The concert was in celebration of Rocky’s second nomination for “Best Global Music Album” for his “Voice of Bunbon, Vol. 1” for the 64th Annual GRAMMY Awards.

Rocky was previously nominated in 2016 for “Best Reggae Album.” His nomination in two different categories is a first for his native Ghana. Rocky’s signature “Afro Roots” sound is a mixture of Reggae, Highlife, Afrobeat, Soul, Pop and more.

This unique sound was on full display at the concert with songs celebrating all of these beautiful genres of music with Rocky’s special touch in the mix to link them all together.

The crowd of all ages and ethnicities danced the night away under the stars to the uncompromising groove which served as a foundation to his catchy melodies, well-crafted songs and sing along choruses. The diplomatic community of Ghana came out in force including many country ambassadors, cultural attaches as well as luminaries from the Ghanaian music and film scene.

Some of the reactions to the show:

“It was a fantastic show and we had an awesome time!”

“We were in the hands of a supreme professional, a true artist…it felt so good to be in the presence of first class live music and be dancing to it!”