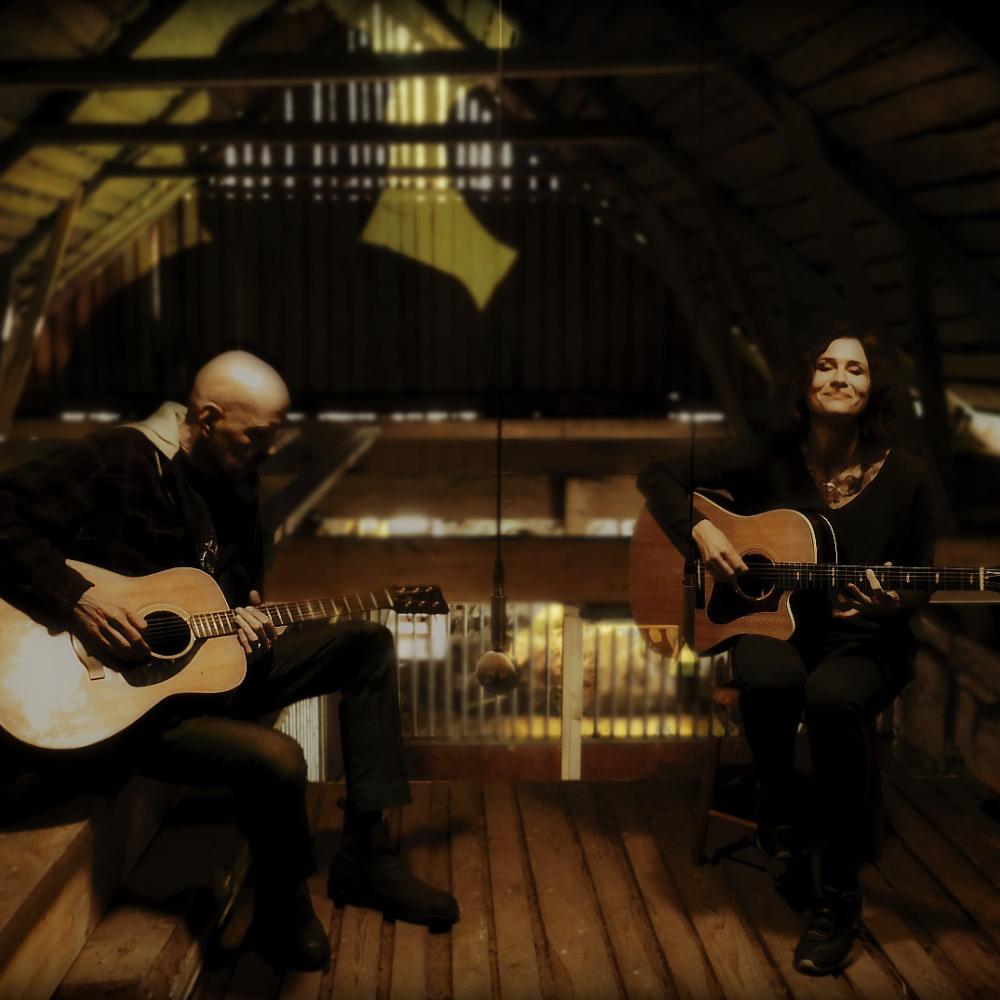 MOLOSSER, a Swedish band, is set to release four songs in January 2022. On two down-tuned acoustic guitars and vocals, the pair performs their own brand of alternative rock, and the “Barebones Sessions” singles feature drastically reworked versions of some of MOLOSSER’s most popular tunes from last spring’s debut album Appear.

The first track is Solid Gold, which features a wandering bassline and dancing voices that take us a little closer to the Louisiana marshes than the original.

Brooding and bluesy, with equal emphasis on melody, rhythm, and musical presentation – but first and foremost on feeling and expression.

The pair is taking a more direct approach this time, as opposed to the album’s ethereal soundscapes, and the recordings are recorded live, in one take, and directly into the microphones.

Molosser, a Swedish duo with two downtuned guitars and vocals, creates their own kind of alternative rock. Tess and Jahn are the members of the band, who live on a (very) tiny farm near Ursa, in the province of Samland, and share life outside as well as inside the music.

They met in Gothenburg, where they both performed in a variety of bands and constellations ranging from noisecore to riff-heavy rock to improvisational jazz.

Molosser’s music is a result of these and other inspirations, as well as inspiration from nature and the countryside, where the activity is typically on a more subtle level than in the city (but obvious to anybody paying attention).

The result is a type of music in which seemingly simple elements – riffs, basslines, melodies – weave together to form a dynamic, vibrant texture with plenty of detail for anyone willing to listen closely – while still forming a strong, emotional whole that grabs the listener by the neck and refuses to let go.

Tess sings her words about losing and being lost, about looking for the promised gold at the end of the rainbow and attempting to make sense of the journey there, with a voice that whirls and dances across the flowing guitar melody as if it were as bare as it is strong.

Molosser’s music has been compared to PJ Harvey, Kyuss, R L Burnside, Radiohead, The Doors, and Soundgarden by critics and audiences, proving that they sound like nothing else.

Molosser’s debut album, Appear, was released in May 2021 and received widespread praise (as evidenced by Evil Ear’s Reviews & Radio page).

To create an ambient yet minimalistic soundscape, the two acoustic guitars were augmented by Tess’ drumming and a modest helping of guitar overdubs on the record.

Molosser took a more direct, harsher road with their heavily molosserized rendition of AC/Back DC’s in Black in September of that year, and the pair continues in this new direction on the “Barebones Sessions” series of tracks and videos, releasing one each week. In the year 2022.

These include new live renditions of some of Appear’s most popular songs, performed with only two acoustic guitars and vocals – a more basic vibe that gestures towards the upcoming album. Follow them on social media via @molosser_band on Instagram and @0Molosser0 on Facebook.