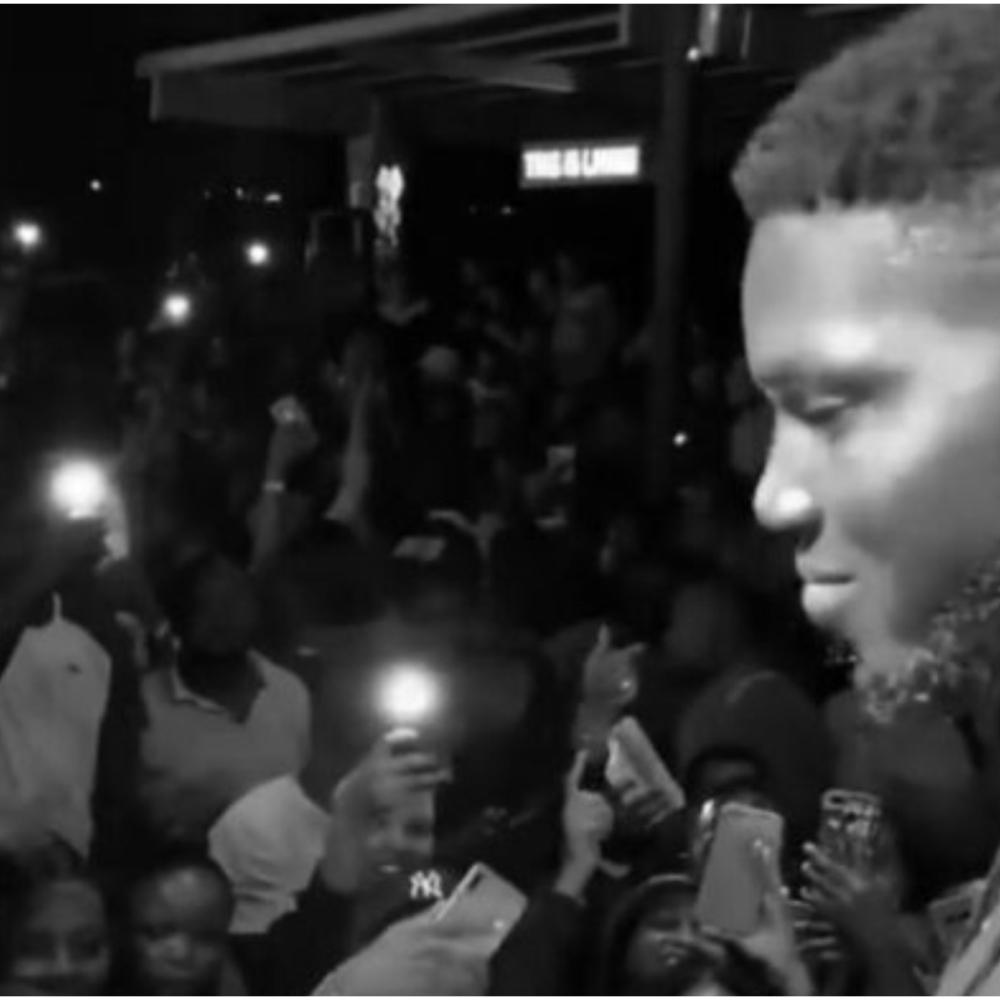 Smash hit record ‘Medicine‘ off the E.P ‘Medicine’ has also been Shazamed over one million times. This new landmark drives the musician gloriously into the new year 2022, with greater things set to come from his camp.

The E.P houses seven beautiful records including ‘Kind Love’, ‘Ginger Yourself’, ‘Medicine’, ‘Concentrate’, ‘Wait For You’, ‘Money’ (Ego), and ‘Glory’. ‘Medicine’ quickly became a fan favorite song on social media two weeks after it was released.

It still remains a favorite song for a lot of people and influencers. His collaboration with Olamide on ‘jailer’ also helped him stay afloat throughout the year.

Off his EP ‘Love Or The Word’, the song was released in May this year and quickly rose to the top of many charts on the continent in a matter of hours. The Kemz directed highly-anticipated official video was also released on August 25.

The “Medicine’ crooner never seemed to stop as his smash hit song continued to tear apart the speakers of DJs across the continent.

Social media users have also not relented in posting videos and content with his song as it garners millions of streams on digital platforms.

In a bid to keep the fire blazing, the vibrant vocal powerhouse is touring the world as he spreads the ‘Medicine’ message and reaches fans directly.

Jay has performed in London, the rest of Europe, Ghana, East Africa, Nigeria amongst others.

Many 0of his shows saw a mammoth crowd pull up and sing the song word by word as he serenaded the audience in his typical Jaywillz style.

With most of the scenes captured in a nicely created room setting, viewers are pleased with a typical video content creation recording set up with a beautifully created female model performing to the camera.

Jay on his part, confessed his love for this model he apparently had been fantasizing about, as he sang.

The video then transitions to an outdoor scene with plenty of greens. Jaywillz continues to perform to his supposed lover as she also danced along to the afro-fusion tune.

‘Medicine’ has garnered millions of streams across all digital streaming platforms. Other Records including ‘Abena’ ‘Murder’ and Bebe’ are credited to the talented singer.