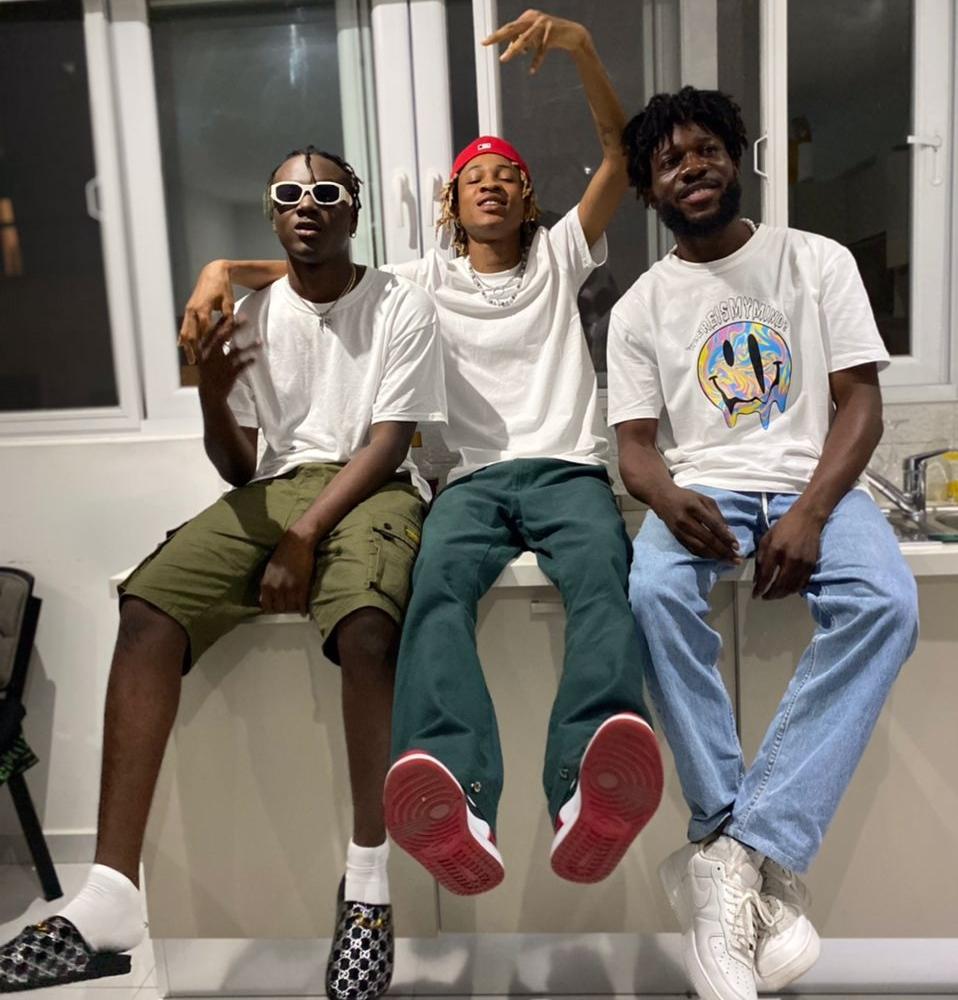 The Ghanaian Dancehall crooner was spotted with AV alongside Ghanaian Producer, Samsney, a meeting which is believe to be a recording session between the two young talents. Adindu Victor, popularly known as AV is a young Nigerian Singer and Songwriter who rose to fame with his smash single, “BIG THUG BOYS”. Known for his groovy and ominous vibe, the singer seeks to embrace his true self as he carves a niche for himself in the music industry.

The young dancehall star is currently promoting the lead single’s visual “WOLEWA (Come Inside)” which features Bella Shmurda and was shot on location in Ghana by Yaw Skyface.