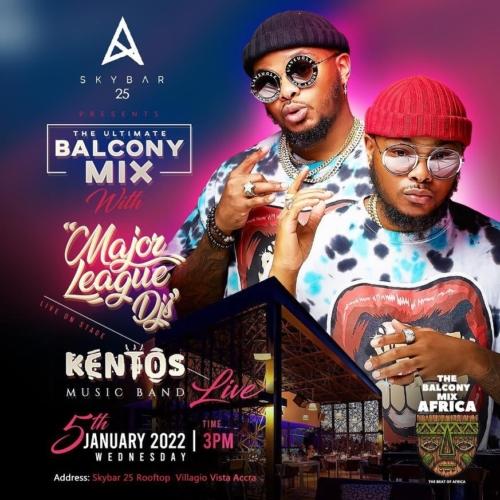 The Kentos Music Band are set to thrill fans alongside the Major League DJz at the upcoming BalconyMix at SkyBar (Villagio).

The fresh new Ghanaian band, is a 15-band ensemble featuring two vocalists, 7 horns men, 1 percussionist, 3 drummers and a xylophonist. They’ve already been the centre of attention at the regular gigs they’ve played at numerous high-profile events these past few months.

The band is best known for playing breathtaking renditions of very popular Afrobeat, Pop, Highlife, Jazz and Amapiano songs from all across the world.

Stepping into the new year, the Kentos Music Band are set to work on their own projects with more frequent events starting with the upcoming gig with world renowned, Major League DJz from South Africa.

The event powered by Sky Bar 25 is set to thrill fans and establish the band as a must watch for 2022.

The Weeknd – Try Me (Official Video)

The Weeknd – Try Me (Official Video) American singer/vocalist, The……