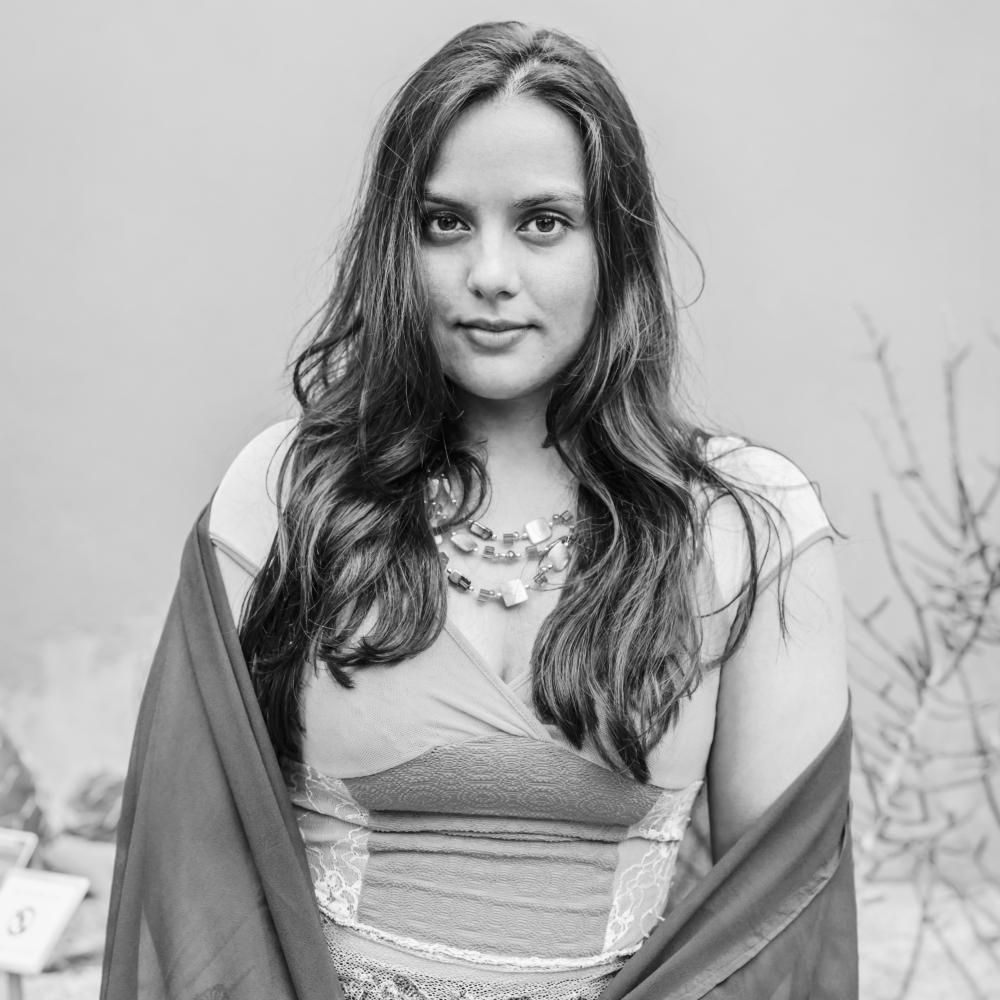 Joelle Charan is a singer, songwriter, and performer from the Netherlands who was nurtured in a family influenced by her mixed background and beliefs, which is not unexpected given that she was born to a Catholic mother and a Hindu father. ‘Charan’ means ‘feet of the Lord,’ an aristocratic moniker that Joelle embraces in her identity and music.

Joelle has continued to promote the concept of magic in music and other areas. Although she has done incredible work in the industry, she also went on to graduate with honors from the Conservatory of Amsterdam. She later relocated to New York to further her knowledge of songwriting at The New School for Jazz and Contemporary Music in Manhattan, thanks to generous scholarships from the prestigious Prins Bernhard Cultuurfonds. Joelle creates songs with a poignant story by captivating her listeners’ attention with vivid lyrics that recount stories inspired by her Indian ancestors, her family’s challenges, and her travels in New York. Her father is a descendant of wage laborers from northwest India who toiled under severe conditions in Suriname following the abolition of slavery, which inspired her.

She organizes the string quartet, creates screenplays for video clips and photoshoots, and takes the lead in the studio, drawing musical inspiration from artists such as Laura Mvula, Daniel Lanois, and Lizz Wright. Her dreamy pop tunes are mixed with traditional Indian themes, creating a sound that is both immersive and unpredictable. Charan works incredibly hard as an independent artist to further her musical career.

Joelle has performed frequently since the release of her debut EP Silhouette in 2018, gaining notice from radio, television, and press across the Netherlands. Highlights include a performance in Het Concertgebouw Amsterdam for the 2019 Uitmarkt Festival, as well as exposure and live performances on NPO Radio 1, NPO Radio 5, Sublime FM, and Omrop Fryslân.

Her most recent release, “Streetlight Silhouettes” was inspired by the misty silhouettes of people going by, like ghosts beneath the city lights, and was created as a personal soundtrack to her lengthy night-time walks down New York avenues during her time with her mother in the US. Despite the love song’s sorrowful lyrics, she has used what she has learned from these experiences to craft a string quartet arrangement layered with celesta, piano, and a waltz-like beat that breathes warmth into the tune and portrays a lovely ambiance.

The dynamics ripple a mirror of emotion in the poetry, along with the skeleton landscape and haunting background melodies that spill out like an ethereal halo, with forceful chords. Joelle exemplifies the power of simplicity, demonstrating great talent as both a musician and a writer.

Tida – One Click (Official Video) His arrival onto Ghana’s……